Slavery Did Not End in 1865, It Just Evolved 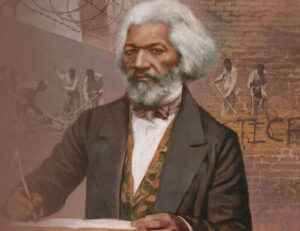 And as a mandate, we aim to ensure that we’re taking the historical context into consideration, correcting the harm and psychological trauma that has been done to so many DAS’s and our communities. This is a very touchy subject that most people don’t want to deal with. On the contrary we think it’s imperative that we open the door for dialogue and discussion around slavery, racial disparities, and the injustice within this country that’s alive and well in the 21st century. We must, as citizens of this country, learn what was, to determine what is, and prepare for what’s to come, and begin to understand the “Power” of identity.

The 13th Amendment, ratified in 1865, says: “Neither slavery nor involuntary servitude, except as a punishment for crime whereof the party shall have been duly convicted, shall exist within the United States.”

When we create the right kind of identity, we can say things to the world around us that they don’t believe, get them to do things that they don’t think they can do. Let’s began to take a glimpse at our Criminal Justice System, this country is very different today than it was forty years ago. In 1972 there were 300,000 people in jails and prison. Today there are over 2.3 million. The United States now have the highest rate of incarceration rate in the world. America also has seven million people on probation and parole.

Mass incarceration has fundamentally changed our world. In poor communities and communities of Descendants of American Slaves there is despair, there’s a sense of hopelessness that has been shaped by these conditions. One out three DAS’s men between the ages of eighteen and thirty is either in jail, in prison, on probation or parole. In urban communities across this country including Los Angeles, Philadelphia, Baltimore, St. Louis, Washington, 50 to 60% of DAS’s men are in jail, prison, or on probation and parole.

Our system isn’t just being shaped in these ways. It seems to be distorted around race and around poverty”. We have a system of justice in this country that treats you much better if you’re rich and guilty than if you are poor and innocent. It’s based on wealth not culpability and it shapes outcomes. And yet we seem to be too comfortable. The politics of fear and anger has made us believe that these problems are not our problems. DAS populations have been disenfranchised, disconnected, and alienated.

The level of disenfranchisement is alarming and it will be at the highest it’s ever been since the passing of the voting rights act, et there is this stunning silence. Somehow, we insulate ourselves from this problem. It’s not our problem. It’s not our burden, it’s not our struggle. Most of our intellectuals have distanced themselves from our communities. But they come as politicians and leaders and claim to solve the problems that are plaguing our communities.

There’s power in proximity. You can get close enough to the people we serve, and embrace them. You should not doubt the power of what you can do just by holding on to the communities you love, the people you serve, get close to condemn people, the people who are suffering and excluded. There’s POWER in proximity!

We have mass incarceration in America, because we have adopted this misguided “War on Drugs.” We’ve decided to put people who are drug dependent, people who are dealing with addiction in jail. America says these are criminals and we’ve put them in our jails and prisons.

We could’ve said they’re people with medical issues and utilized our health system to address that problem. But the reason we didn’t do that has to do with the narrative. The people in power are preaching what we call politics of fear and anger.

We’ve got talk about these things in our country. The fact that we live in a “Post Genocide” society. Begin to know and understand that there were Native people here before European Settlers came and they killed them by the millions through famine, war, and diseases and it was a “Genocide.”

But Americans didn’t call it that. They said; these native people they’re different. They’re Savages. And America used that narrative and racial difference to justify violence. And that’s the narrative that they rely on to sustain three -centuries of Slavery. And don’t think that the great evil of America Slavery was Involuntary Servitude or force slavery, we believe that the real evil of America Slavery is this narrative of racial differences, this ideology of white supremacy that we made up to legitimate the enslavement of African American people.

They said African people are different than Europeans, they can’t do this. They can’t do that. And that’s the narrative of racial differences, the ideology of white supremacy. That was the true evil of American Slavery. And if you read the 13th Amendment it talks about ending involuntary servitude and ending for slavery. But it talks nothing about ending this narrative of racial differences. And because of that, we think slavery ended in 1865. We think it just evolved. It turned into decades where we had “terrorism” ex-slaves and DAS’s were pulled out of their homes, burned, mutilated, and tortured.

The elders of Descendants of American Slaves get angry when they hear someone on TV talking about how we’re dealing with domestic terrorism for the 1st time in our nation’s history after 9/11. They say we grew up with terror, we had to be worried about being bombed, lynched, and murdered everyday of our lives.

We had a Civil Rights struggle in this country. We won passage of the Voting Rights Act and the Civil Rights Act. But we didn’t win the narrative battle. And today that narrative of racial differences persists. DAS’s boys and girls must overcome these presumptions of dangerousness and guilt.

The Bureau of Justice predicts that 1 in 3 DAS’s male babies born in this country are expected to go to prison. One in six Latino boys are expected to go to jail or prison. There’s this presumption of dangerousness and guilt. And it doesn’t matter if you’re a talented student at Stanford. It doesn’t matter if you’re a Harvard professor. It doesn’t even matter if you’re the President of the United States. You’ve got to deal with burdens that other people don’t have to deal with because your color is black, brown, or red and we’ve got to change the narrative of racial differences if we truly want to be free. That means we have to start talking about these things.

And last but not least, you’ve got to stay “Hopeful.” This project has been such an encouraging and inspiring moment. I want to suggest that HOPE is your Super Power. Don’t let anybody or anything make you hopeless. Hopelessness is the enemy of “Justice” and Justice prevails where hope persists. Hope is your super power. Hope will get you to stand up when others are sitting down. Hope will get you to speak when others say be quiet. Hope will help you change the world. And not make “America Great Again.” But together let’s make “America Greater Than it Has Ever Been.”