About Descendants of American Slaves for Economic and Social Justice (DAS4ESJ) 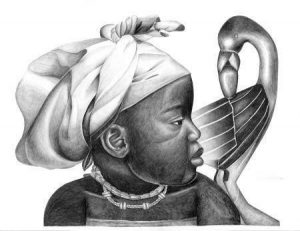 From the year 1555 to 1866 twelve and half million people (Africans) were captured and taken from their homeland, forcibly packed into ships and moved across the Atlantic. By the turn of the 18th century, White merchants were building vessels capable of transporting hundreds of people per journey. Two million Africans were known not to have survived. A people Stripped of their history, their names, and their religion, they were stuffed like cargo into compartments with ceilings as low as four and half feet. There they spent most of their voyage.

There was no plumbing of any kind. Slaves were forced to relieve themselves where they sat and to endure hellish conditions, with suffocating heat and lack of ventilation below deck. Disease was rampant: measles, smallpox, influenza, scurvy, and dysentery were the primary killers. The slaves were also forced to exercise dance and sing for the entertainment of the crew. Disobedient slaves were tortured and beaten, usually whipped with a tool that was designed to inflict maximum pain.

Women were often raped by members of the crew, sometimes arriving in the new world with children of their attackers. Some slaves were thrown overboard, and some even jumped overboard to escape enslavement in America, the “New World.” Upon arrival the slaves were forced into chattel slavery and labeled as “Property.” They were not allowed to read or marry. Those who did marry were later separated from their families. Slaves were categorized under the law as 3/5th of a human. They were treated and sold like cattle — not merely for a decade or a century, but for three centuries.

Slavery was practiced throughout the American colonies in the 17th,18th, and over half the 19th centuries. African slaves worked for no pay from before sunrise until after sunset. Slave owners kept wages from the slaves all their lives, as well as their children’s, children’s, children’s lives.

Slaves helped build this new nation, America, into an economic powerhouse, from which they and their descendants were largely excluded. Today, we the Descendants of those American Slaves, along with all other human persons, claim equal access to the means to secure our basic human rights and freedoms, with equal opportunity to own and not be owned.

DAS4ESJ believes that what is really needed to build thriving communities is to change the system. Rather than more quick fixes, we need long-term solutions that spread economic opportunity, power, and justice to every person. DAS4ESJ seeks to partner with non-profits, universities, businesses, and other institutions to create strategies, policies, and investments to promote green, sustainable growth with equal capital ownership opportunities for every citizen.