Pursuing Justice, Power and Property for Every Person.

Welcome to the new website and knowledge center of The Descendants of American Slaves for Economic and Social Justice at DAS4ESJ.org. DAS4ESJ is a 501(c)3 not for profit educational organization and community-focused social action catalyst. We were formed in 2019 to promote and educate all citizens on the fundamental principles of Economic Justice and Social Justice, and encourage participatory systemic change based on the philosophy of “Economic Personalism”, the unifying vision of “the Just Third Way.”

Our motto is “Own or Be Owned.”

DAS4ESJ is proud to be a Strategic Partner of the Center for Economic and Social Justice (CESJ) headquartered in Arlington, Virginia. CESJ is an all-volunteer, non-profit 501 (c) (3) research and educational organization, and institutional change developer founded in 1984, with members throughout the world.

Leaders of CESJ were pioneers in designing the laws and implementing initial Employee Stock Ownership Plans (ESOPs) in the United States and other countries, including Egypt. They have implemented successful models of 100% bank-financed capital credit for highly participatory ESOP companies.

Going beyond ESOPs for private-sector workers, CESJ’s Just Third Way model for system change is designed to guarantee every child, woman and man equal future economic opportunities to contribute and receive earnings from the production of marketable goods and services sold within a more just, free and non-monopolistic market system. Existing monetary and legal barriers must be lifted to achieve a more participatory and just market economy that enables every person to contribute either through their labor contributions and/or through their ownership of wealth-producing land, advanced productive technologies and other productive assets. Barriers to equal future ownership opportunities can and must be lifted. People without savings can and have become owners through equal personal access to insured capital credit through tax-sheltered trusts repayable with the full pretax stream of future profits.

This would be achieved without redistribution or taxpayer money. Through major monetary, financial, tax, inheritance, education and labor law reforms all nations could encourage faster, non-inflationary and environmentally sound rates of growth at all local, national, regional and global levels with radically reduced needs for ever-increasing government deficits.

To learn more, we encourage you to visit CESJ’s “global library” and learning center at CESJ.org. Membership in DAS4ESJ and CESJ is open to all who share our Core Values and Code of Ethics.

What Makes Us Different

DAS4ESJ is unlike any other organization. We are more than an organization with just a programmatic approach to systemic challenges and social barriers that divide Americans today. We at DAS4ESJ are dedicated to working together with every person willing to change an unjust status quo.

DAS4ESJ will promote and implement principles of “Justice” to enable all social institutions to become more participatory and more effective. These will include the family; academia; organized religions; national and regional central banks; national, state, and local political systems; business, financial, and insurance corporations; labor unions; citizen ownership unions; the criminal justice system; and all other social justice institutions.

DAS4ESJ will promote peaceful “people power” to help shape new policies and systems. We will speak truth to those in power. We will challenge social and economic institutions that systematically concentrate in a tiny elite power, ownership and incomes from productive land and ever-developing high technology assets, while blocking with artificial barriers the majority of citizens from equal future economic opportunities.

As robots, artificial intelligence and other technologies eliminate many jobs, we must enable every person to own and receive the profits from economic growth. This will economically free every person to shift from economic work to work he or she would love to do for the common good, the unlimited “creative work of civilization.”

DAS4ESJ is committed to turning our vision into reality, guided by:

** The dream of Dr. Martin Luther King Jr. expressed in his Ph.D. dissertation on Personalism and later advocacy of “peaceful people power“ to promote “a new synthesis beyond Capitalism and Communism;”

** The “design science” of R. Buckminster (Bucky) Fuller, widely considered the 20th Century’s leading world design scientist who envisioned a peaceful and thriving world for every human being. Some of Bucky’s blueprints (which were never funded) included domed cities for New York’s Harlem in the 1960s and East St. Louis, Ill. in the early 1990s, as well as an energy-based global money system.

Getting Back on Track

The “Poor Peoples Campaign” of the 1960s was a model of Social Justice in mobilizing non-violent people power the end racist segregation laws. Unfortunately the Campaign limited its economic demands to increased “government-created jobs and welfare,” ignoring the ever-increasing control over money power by a tiny elite. Today the richest 1% of Americans own more income-producing property than the bottom 90% of the American people. Globally, eight of the richest world citizens own more income-producing assets than over 3.5 billion world citizens.

Today’s young and rising leaders are becoming increasingly aware of CESJ’s money reforms under the Just Third Way’s proposed Economic Democracy Act. This program of national economic reforms would provide equal future ownership opportunities from the bottom-up. For the first time in history, we could meet Bucky Fullers’s challenge to all citizens of the 21st Century:

“Make the world work for 100% of humanity in the shortest possible time, with spontaneous cooperation and without ecological offense or the disadvantage of anyone.” 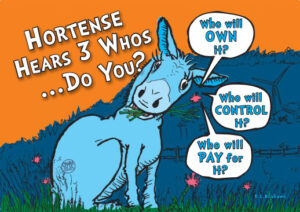 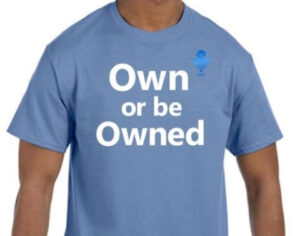