Initiative: Making Our Communities a Decent Place to Live 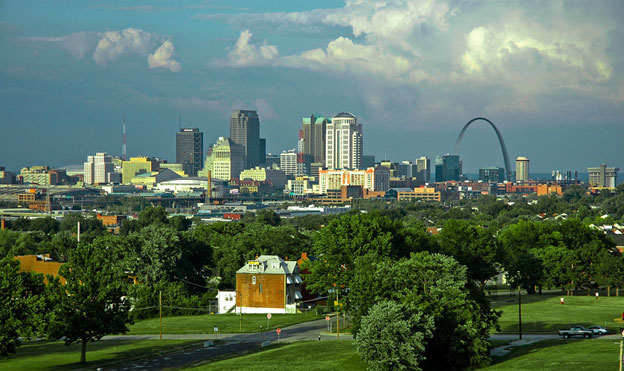 We are already witnessing progressive city and states carving out space separate from the Federal Government, cities reaffirming their commitment into being sanctuary cities and developing policies to direct local officials to divide irrational and unjust abrasions, but that’s just the beginning.

City and States will have to become incubators for innovation, local governments will have to develop novel approaches to re- imagine and rebuild our democracy from the ground up. This means the cities must find innovative ways to include rather than exclude the voices of the people who are affected by their policies.

City and states will need to develop new ways to build healthy and just communities, these efforts will include new approaches to developing affordable housing, to placing critical mental and health care needs in the neighborhoods where they are needed, and the investment of resources connecting communities with infrastructures that continue to experience the effects of hyper segregation.

Also help communities to continue their work in the oversight of our police departments and changing the narrative of fear and mis-direction, claim that crime is out of control, a narrative that justify a path to a certain kind of Law and Order, notwithstanding that crime rates are down in the country. There are looking to resurrect stop and frisk and return to the policies we have not seen since The War on Drugs; we must resist that.

We are seeing Executive Orders that both, in their tones and their optics suggest that communities are to blame for the dyer state of police community relations, and we’re are seeing calls for reduce regulations and oversight of law enforcement. The challenge for the young generation, has never been so clear, the youth have got to draw a line in the sand around inclusion, equity, and justice.

I want us to be engaged in legal battles in court, impacting legislation, and thinking strategically politically about how we reclaim federal government and how we make local government work for us. And we have got to start fighting the Narrative War, yes, we won the battle on the voting rights, we won the battle on the public accommodation, however we did not win the war on the narrative, why? because the Narrative is a relentless battle that we must continue to fight. We must make that tremendous kind of effort, to where we are directing things at the communities that need a narrative shift, and until we do that, we are not going to make progress.

One of the ways in which you often get success, is not always talking about what’s right or what’s moral, but the cost of something, the cost of racism in this society to everyone, the literal dollar cost of racism, to GDP is huge, its tremendous. So, one way to engage on those issues, I think, is to expand the discussion beyond the whole moral issues, which you have a group of people at this point, who are not going to change their minds on that and look on how these issues harm this country. In that we’re losing people, people who disappear, we’re losing the benefit of people who can contribute to society, that’s dollars and cents, and that actually would be the way that we can allow people to cross-over and bring certain groups into the discussions like for instance criminal justice reform that probable will not have gotten into those groups. Expanding the narrative also beyond what people expect to hear but focusing on the commonality of the pain that’s causing all of us, is a way to start.

Dealing with the Economics part of it, is something that we also failed to do, which is part of the narrative. Walking out into the landscape of America is about understanding ways in which America has invested in creating what we see today, we accept the physical landscape as though it is inevitable and not as though it was created by a series of decisions and investments. And un-peeling that narrative of equality and investments I think, is important.

Example; this country decided after World War II to make a massive investment in creating the white middle class, and that they did through the GI Bill, it was billions of dollars in the interstate highways that allowed suburbs to be made to create this world that we think is something of “making this world great again” all of this was created by massive investments, things that were not available for black people, because it was not to create the black suburbs. We could not buy homes in any neighborhood, and the FHA once they started to insure mortgages in the 1930’s created Red-Lining and will not allow integrated neighborhoods etc. And these were all Government Programs.

Government Programs: we don’t want to deconstruct it.

We have the power with investments to make the society we want to make. Lets began to take a different tactic today were we want to create a society in which we limited the disparities, inequalities in which people have access to ownership and homes. We can do it, the same way our ancestors did in the 50’s and 60’s. We got to get the community to understand that it’s not just about feelings, but about investments that follow our direction. Choices that we make.

We must get to the point of discussion, on how do we do it in a sustainable way? I think it is an Institutional Demand that we must be making, demanding that we be included and not excluded in the policies and systems that our governments are making. We must create tension in order to be effective. We must begin to calculate the benefit of the equality dividend. Have we been going about it the wrong way? Have we failed to calculate the money that gets made, and has been made from the reputation of a country that was created and constructed by Civil Rights Activist?

We carry with us this idea that America is a place of opportunity, a place of democracy, a place where The rule of the law rains, a place of equality, there once was such as a moral superiority to being an American in many places in the world that has a tremendous benefit to this country. But we’ve never calculated the equality dividend, it’s like for free, we just made America look good, America was faced with the most marginalized people in their society who stood up and said No More and confronted that inequality and did it without guns, and without violence for the most part. Stood up and confronted the most powerful country in the world, and to its credit, the most powerful country didn’t kill them all. And instead made some efforts to transform itself around what we consider the Pillar of The Civil Rights Movement. That’s a sort of Pride, and Identity in this country, but what is it worth to us? We just give that up for free, and make it like America did us a favor, we did America a favor.