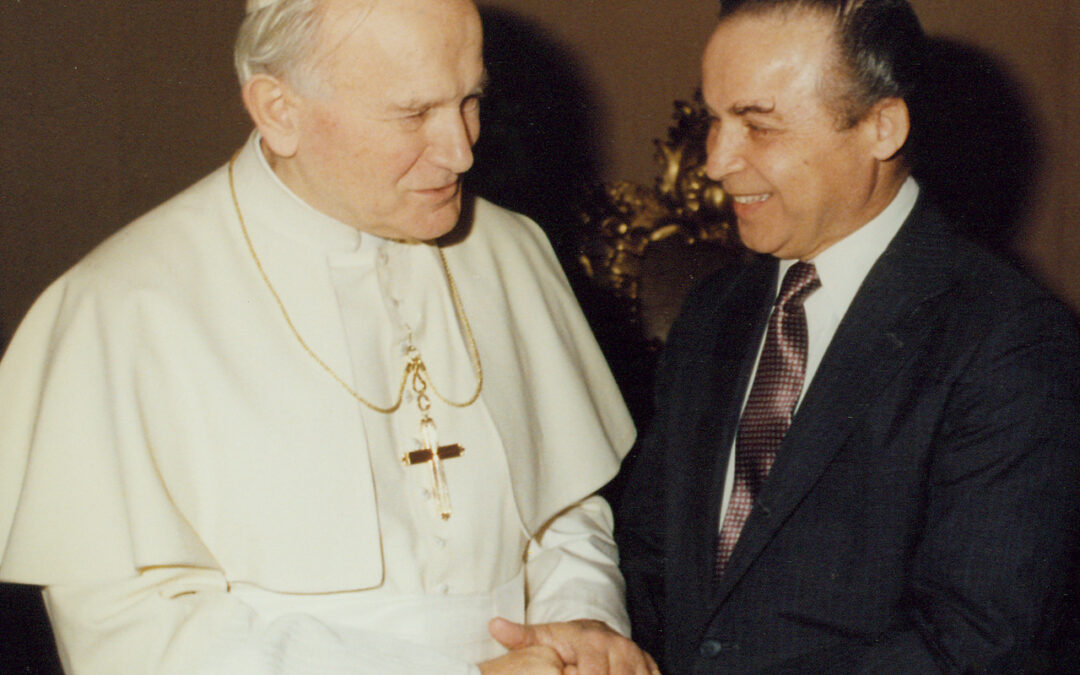 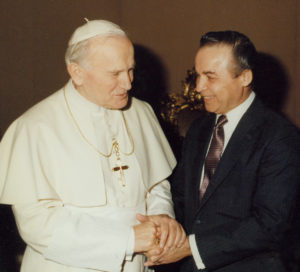 At a private audience at the Vatican in 1987, Pope John Paul II received members of the Presidential Task Force on Project Economic Justice, who presented a copy of the task force’s report, “High Road to Economic Justice.” In greeting CESJ’s President Norman Kurland, the Pope encouraged CESJ in its work to broaden capital ownership to every worker and citizen.