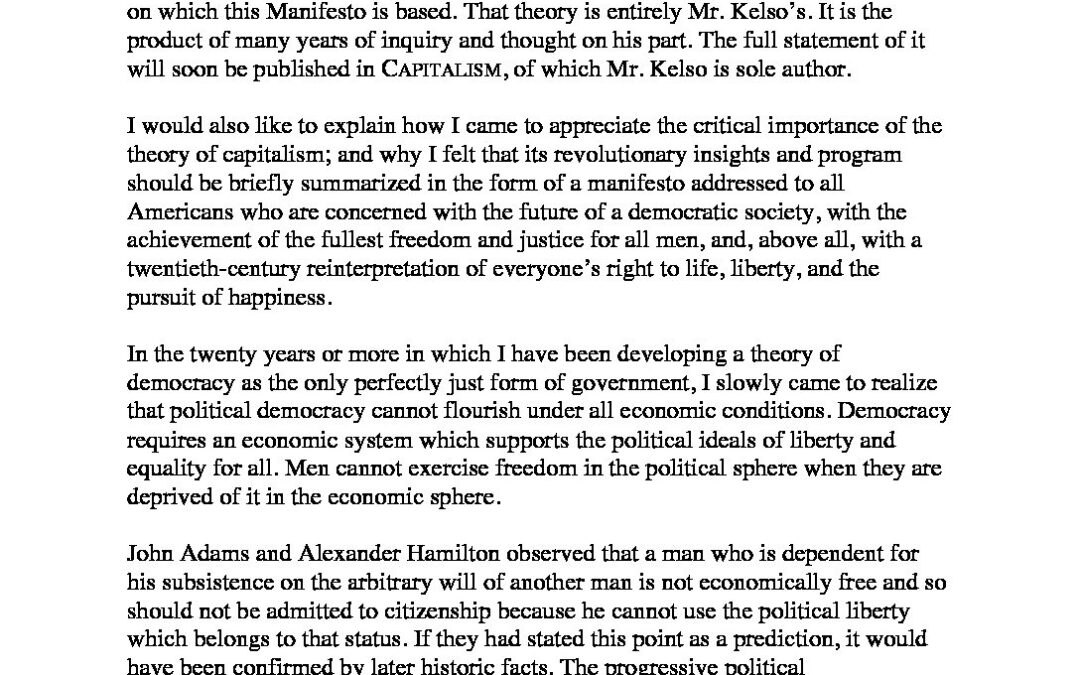 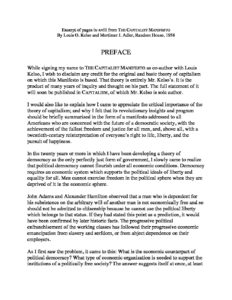 Mortimer Adler’s preface to THE CAPITALIST MANIFESTO by Louis O. Kelso and Mortimer J. Adler, Random House, 1958, pp. ix-xviii. Explains that political democracy requires economic democracy as its foundation, and that requires an economic system that supports the political ideals of liberty, equality and justice for all. Economic freedom, which cannot be found under socialism or monopoly capitalism, requires equality of opportunity and access to the means to own an independent share of productive capital.